Friendships were at stake.

Stalkers were pacing across the room.

Phone companies made better profit from the SMS and MMS feature after almost a decade.

People were pulling their hair out.

Some were constipated, could not ‘go’.

Others were vomiting and lost all control of their ‘motions’.

The biggest horror was, the phones actually started ringing. People were calling people; I could hear the voices of human beings all around me.

At first, I thought I was hallucinating and hearing things.

However, when I looked up and around, I was terrified.

It was the scariest scene around me. Human beings were actually standing in groups, TALKING, to EACH OTHER.

It was horrifying yet I was in the awe of the magnificent moment I had not witnessed in years.

The humans were interacting with each other.

They were really talking, standing next to each other, in their own voices, with actual smilies and frownies on their own faces, err wait, I meant smiles and frowns. DAMN!

Here are a few unimaginable events that took place while the almighty, indestructible, invincible Lord of Social Media, THE FACEBOOK WAS DOWN.

Sean Proposed: Yes, YES, YESSS! Believe it or not, Sean first time held Sally’s hand in his own hand and went down on one knee with a paper-clip in his hand looking up at the confused Sally and proposed her. However, Sean does not realize yet, Sally is actually Annie and is the same troll who he blocked 3 days ago on Facebook. Annie also does not know that Sean is actually Peter, who has been vandalizing her ‘Knitting Girls’ Page, with ‘Are you a KnitWit’ statements.

Lost Property Found: Many, (and I use the word ‘many’ to be subtle) lost items were found in the office that people were unable to locate from days, weeks and even months. Suddenly, these pens, pencils, notebooks, brochures, flight tickets, condoms and much more started reappearing on people’s desks. Everyone could have sworn these things were gone, vanished, invisible for a long time. It still remains a mystery how did they manage to get back to their owners’ desks on their own. Creepeh!!

False Claims: Suddenly, at least 9-10 fresh-graduates looking kids claimed they have been working with us since over 2-3 months. Trust me when I say, we had never seen them and never ever noticed their presence in our office ever,  before THIS VERY MOMENT. If you don’t believe me ask Sally, Sean, Michael or Akki. I mean Annie, Peter, Jay or .. hmm not sure who Akki really is. Let me get back to you for that one. But seriously, these 10 kids, had never been noticed in this office before, and we were pretty sure, it was all a part of an elaborate conspiracy that suddenly, not only they claim to have been working with us for 2-3 months, but also allege that some of have been working at the same level. Like Yeah Girlfriend!

New Boss, Yeah Right: This was the height of it all, this Ashton Roberts guy, who had been working with our boss, what’s her name…. ummm.. yeah Carly, or was it Carla? So he worked with her, and suddenly he claimed he was our new boss. Yea-Right, Dude! What am I then, the CEO of the company? Pfft! Nice try though! 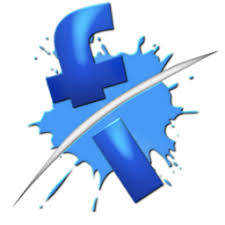 FBI Inquiry: Though, I am very glad to say, the entire office overcame their differences and for the sake of global peace and security, all of us unanimously Tweet-Voted that there should be an FBI Inquiry into Facebook going down. This is an atrocity. The world needs Facebook. Lives depend on it. Do you know how many mothers would have been worried about their sons since the last trashy party picture 30 minutes ago? How many wives were at the risk of never finding out that their husbands were cheating on them with the new Facebook Girlfriend? And what about the millions of Causes, that we all have been supporting by clicking ‘LIKE’ and ‘Sharing’ which assure us for every click and share, $10.00 will be donated by an unknown source to the poor nations for literacy, employment and basic necessities. These causes are really important to me. Sometimes I think, with so much charity I have been doing with Facebook ‘Likes’ – one day, I will win a Facebook competition and life will be grand, ever after. All this, is at risk, and FBI must investigate without a single moment wasted.

I cannot explain in words, what I witnessed today, it might be the last time I experienced humans interacting with each other in real life, for the rest of my life. Now that the Facebook is back up and running while I was writing this article, my heart is sinking. Facebook will spend billions of dollars to make sure this does not happen again. Once again, my world will be about Status, Like, Share, Tag and endless Notifications on this Facebook Device, which also lets me make calls, if I ever wanted to. Why would I though, I have Facebook, and my Facebook Friends – why would I ignore them all and interact with some loser on the phone like some lunatic. I won’t even know what to say on the phone.

Pfft, they say it is a SmartPhone, idiots. I could tell a Facebook Device from a million LIKES away.

One day, when my great grandkids Inbox me via Facebook, I will be able to tag them in my #ThrowBackThursday posts and share with them, the day when last time I had witnessed a group of human beings interacting with each other face to face, in their own voices, actually speaking, talking, hearing like ancient humans used to. Hashtag #GooseBumps.

Interestingly though, no one seemed to say ‘LIKE’ and no one remembered to ‘CHECK-IN’ at the office for this event. But I’m sure, if Facebook was up, they would have.

PS: If you are my true Facebook Friend, please ‘like’ this article, tag your entire FB Family and share it with your real family too so they know you are still in your room alive. Or else, I will UNFRIEND you and post a very nasty status that 4923 friends on my profile can see and comment on. You get the hint!

I WROTE THIS DURING AN INTERNATIONAL CRISIS AND MY STATE OF MIND AT THE TIME REMAINS IN QUESTION. ANY RESEMBLANCE IS PURELY COINCIDENTAL OR A WELL PLANNED CONSPIRACY BY ANTI-FACEBOOK FANS. I TAKE NO RESPONSIBILITY.

This site uses Akismet to reduce spam. Learn how your comment data is processed.